I am back! Now playing Golden Axe Beast Rider

Well, it has been a while since my last entry, a lot have happened the last 2 years, but the fantasy quest continues :-).

I am all into playing Golden Axe - Beast Rider for the Playstation 3 right now and I have to say that I like it! I do like all the Golden Axe games, for all different systems. There is something with the world in those games, its a bit creep feeling, the 80s fantasy style of creepy and I love it. It reminds me of Conan, Beast Master, Ator and the other old 80s fantasy movies.

Beast Rider has got some bad rating and reviews but I think it does not deserve it because it's quite a good game. Yes it is very hard sometimes, but the controls are great and the graphic is superb! 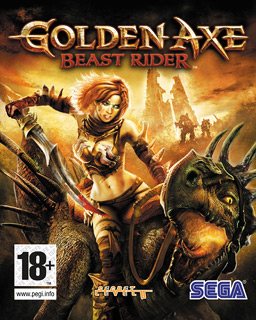 Posted by Angelo at 4:22 PM No comments:

At my spare time I search the flee markets for old fantasy games. There is a hidden fantasy adventure in a lot of games just for you to find, the world is full of fantasy adventures in different kind of medias actually. 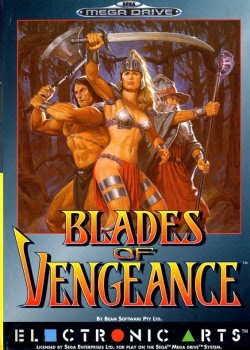 Some are better than others, and a good one I found is "Blades of Vengeance" for the Sega Mega Drive/Genesis. Very dark and interesting old style 80s fantasy I would say. It's a platformer adventure and you choose from three different characters, the huntress, the warrior and the sorcerer. You serve the good wizard and embark on a journey to get rid of the evil in the kingdom. The graphics are well done and the music is overall good, so is the gameplay but sometimes the difficult level can be quite hard. The fantasy feeling in the game is extremely good!!
You live and feel the adventure, so turn on your megadrive/genesis, turn the lights down and turn up the tv volume and go out on your journey to save the kingdom! :-)
Posted by Angelo at 6:43 AM No comments:

The Elder Scrolls games by Bethesda 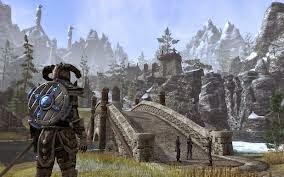 As a fantasy fan, I have always wanted a game that would bring you an entire world to freely walk around in and make your own adventure. A world with beautiful landscapes, castles, seas, mountains, forests and a world that would cycle between day and night so that you could very much feel being part of that world. I stumbled across Elder Scrolls Oblivion a few years back, and I found what I was looking for. You set up your character and after that you start in the Emperor´s dungeon and immediately begin a quest, when you get out of the dungeon, the amazing world outside is breathtaking from the first moment, a real fantasy world with a lot of quests and environments to explore! I haven't tried the latest game in the series, Elder Scrolls - Online, but Skyrim is as good as Oblivion and every Elder Scrolls game contribute to the overall feeling and story, it's a magical land that Bethesda has created, and it is beautiful! Before Oblivion there was Morrowind and before that Daggerfall all way back in the 90s, I played Daggerfall for my Intel 486 DX2 computer back in the days. Before Daggerfall there was Arena which I haven't tried. There are also some spin-offs : Elder Scrolls - Redguard and Elder Scrolls - Battlespire. The Elder Scrolls world is very detailed and Bethesda has succeeded in giving a breath-taking experience for a fantasy fan, you don't play these games, you live them. So, if you haven't played them, try them out, the first two games, Arena and Daggerfall are even free to download from the Elder Scrolls homepage. Enjoy!!! :-)
Posted by Angelo at 9:07 AM No comments:

The Trine games by Frozenbyte 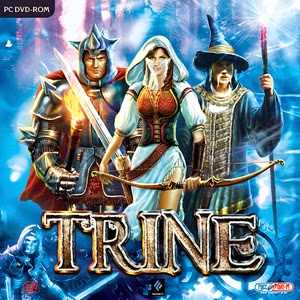 I have always been a fan of platform games on different consoles and computers, and especially of fantasy platformers. I grew up with games like Legend of Galahad, Shadow of the beast, Legend, Wizards and Warriors, Ghouls and Ghosts, Golden Axe, just to mention a few. Since then, every good fantasy game I have played has been in 3D and I never thought that someone could revive the fantasy platform genre again, but how wrong I was. One day my brother tipped me that on steam there were a demo for a cool game I hade to try out. I downloaded the demo, installed and waited, and the moment I heard the music I almost cried of happiness, the intro was sooo good, so magical! And I started the game and the visuals and sounds overwhelmed me, mushrooms, forests, castles, caves, villages, floating water, the magical light, the colors. So extremely good and a real wonderful fairytale feeling with a deep calm narrating voice doing the story-telling in the background as the game progress. The characters, a thief, a wizard and a warrior have their own personalities told in a very good way and the story is just so wonderful. Its like reading a great fantasy book, just that you are in it. Trine 2 was as great or even better, these two games are a must for a fantasy lover. Every detail in the games is polished, Frozenbyte has thought of everything. I have the games for steam and for playstation 3, I have even added the soundtracks as playlists in Spotify. I recommend them a lot for you guys too check out!
Posted by Angelo at 8:52 AM No comments:

The Hobbit and LOTR series by Peter Jackson 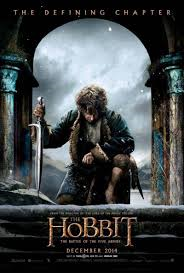 I recently went to see "The Hobbit - The battle of the five armies" and I loved it! Every second of it! The environments, the characters, the story, the music, the sounds, the effects. I was in the world of Tolkien all night after the movie, my hometown was suddenly a middle earth village in the Tolkien world, I even bought some dark beer just like that the dwarves drink to maximize the feeling even more. I love all the Tolkien movies by Peter Jackson, the adaptations of the books are excellent. Jackson really has an eye for details and atmosphere and the true fantasy heart, he does not only want to make a movie just to make a lot of money, it feels more like he actually have that special connection to fantasy and want to make movies that are true to the books by Tolkien and want them to become masterpieces no matter what.
Yes, there are some flaws in the movies but they are not many. Good fantasy movies are very uncommon these days, at least if you want something with work and feeling behind it, not the ordinary hack-n-slash with no brain movies that are common now. I do hope that Peter Jackson will do the Silmarillion story into movie, and that it will be in the near future, I can't wait several years for more Tolkien, I want it now! :-) Peter Jackson, you are superb, and a true hero in the world of fantasy!!

Posted by Angelo at 8:54 AM No comments: 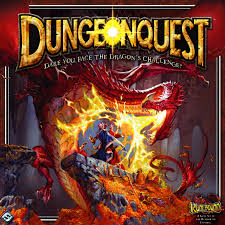 As a child, I loved fairytales by the Grimm Brothers and H.C Andersen. Good versus evil is an reoccuring theme in the tales where the good always defeats the evil. There were always hope in the tales and nothing was impossible, the poor beggar boy could win the heart of the princess and beyond the dark shadows there would always be light. I loved the environments and the characters in the tales, and around every corner in the world there would be a legend, a long forgotten treasure, an ancient tomb, a mythical forest etc. When I got a bit older, I think I was around 8 years old, my older brother introduced me to Dungeon Quest boardgame (Drakborgen in Sweden) and I was amazed. The legend is that an old abandoned dark castle was many centuries ago the home of the lord of the land but since his empire fell and he died a long time ago, his castle has been left abandoned full of treasures somewhere inside. But legend also tells that evil creatures walk the corridors and rooms in the castle and no adventurer who has entered has ever come back out. As a player you will choose a character to enter the castle and the quest is to find treasure and go back out before nightfall because no one survives in the castle during night.
I remember when I first read the story and saw the picture of the big dark castle, I wanted to be one of those adventurers, I wanted to be in that world, it was so cool and magic. I played the game over and over and it is still one of the best fantasy board games I have ever played, actually alongside the game Talisman. I can honestly say that Dungeon Quest was the big start for me in fantasy, going from the more light fairytales into bigger and more complex fantasy adventures. Dungeon Quest is a big recommend from me, try it out if you haven´t :-)

Posted by Angelo at 6:49 AM No comments:

Greetings all fantasylovers out there!


This is my first blog and one that I have wanted to start for years, so now the quest is on!
Ever since I was a small child, my love for fairytales and fantasy has been great. The idea of going into other worlds with forests, castles, mountains, elves, trolls, wizards etc. has always been a dream for me, and for many others of you out there and that is why I have started this place. I want to create a fantasy world of my own where people can go and relax from the real world. Where we can discuss and review all the different fantasy movies/games/books/roleplaying and all other fantasyrelated things that we all love! I want this blog to grow and unite all us fantasylovers in the world, because we are many :-)

Posted by Angelo at 2:00 AM No comments: